The Spartan Chronicle • May 5, 2022 • https://thespartanchronicle.com/690/showcase/the-competition-no-one-wins/

A Competition No One Wins 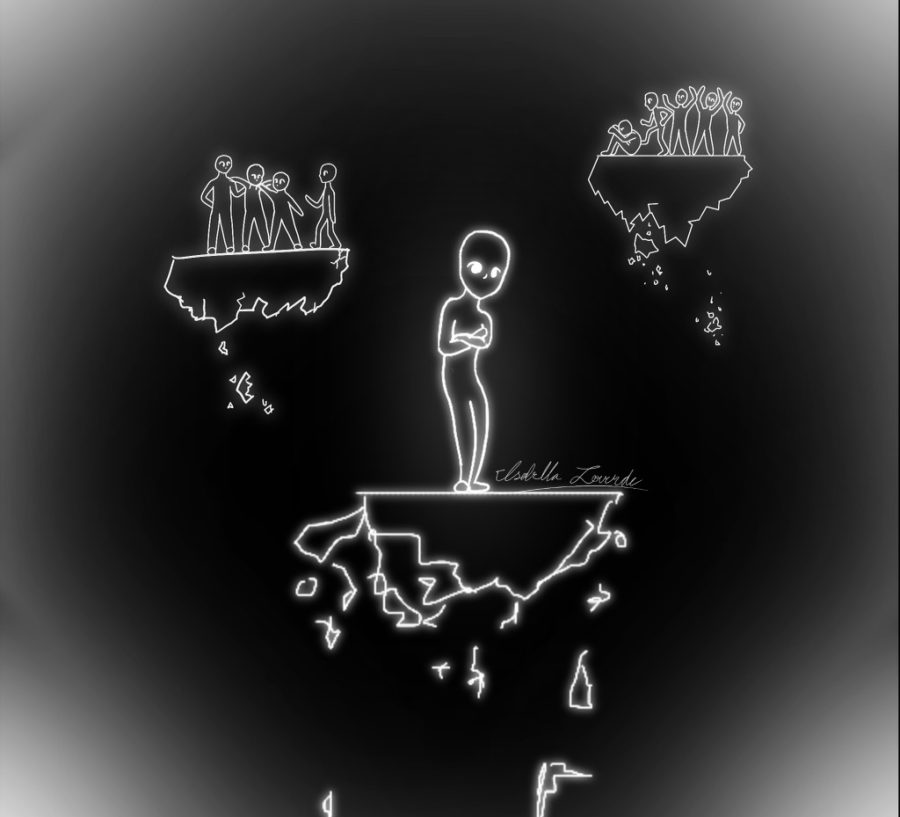 Every day we return to this place; this school. Everyday people fight for something that no one ever seems to win yet it seems that everyone wants. This is  a fight that we’ve all fought once. This is a fight, and a competition that nobody ever wins. This is the tirelessness of social hierarchies.

What is a social hierarchy? A social hierarchy by definition is the stratified ranking of group members along a valued dimension, with some members being superior or subordinate to others, and fewer members occupying the highest positions. Another definition would be systems of social organization in which individuals are arranged by group status and have differential access to social and material resources.

As people, we thrive on human connection. The very concept of isolation can be haunting. Nobody wants to be alone so much so that some will go to incredible lengths to defend their social status even if it means abandoning other people. Everyday there is someone who’s been sitting alone who was once surrounded by their peers. Everyday people trample and topple each other in a tireless fight for social approval.

When people are consistently putting everything they have and are into maintaining some sense of social acceptance they only end up hurting themselves. Putting up a front constantly can lead people into a state of perpetual fear of losing what they’ve fought for: friends. People shouldn’t have to put up a front to be accepted by their peers and it’s sad that it’s still prevalent among middle schoolers.  In some cases it’s not even about feeling the need to put up a front for other people’s approval, sometimes it’s just about how some people are so scared about messing up and that can really damage a person’s self esteem.

Middle school counselor Mrs. Kassewitz is an expert in this field and had this to say about the topic. “Social hierarchies are a reality. There’s different classes or levels of popularity among students. They do exist and I think that especially early on, and especially in the middle school years are very difficult to navigate because some students may feel bad if they don’t find themselves to be in a top or higher social hierarchy.”

Social hierarchies begin to become increasingly prevalent, especially as the middle school years commence. They never truly go away but they do become easier to manage.

“I think in some form or another there have always been hierarchies. Again, there’s always been an upper class, a lower class, and a middle class. Certainly, the experiences due to socio-economic upbringing can affect one.  I think it plays out in history and as a part of middle school students’ everyday lives.”

“Social hierarchies are very prevalent, especially in middle school because the social component of middle school students is extremely important and developmentally appropriate.”

“I have a lot of students, both male and female, and when they feel left out it is difficult when their social circles change. They feel ousted by their social group. It’s very difficult. I’m not sure that everybody wants to be in the quote ‘popular group’ or in the highest social hierarchy but certainly to have that sense of belonging amongst a group even a connection with a friend and if that is threatened then students feel unbalanced and it’s really difficult to come to school feeling alone and not part of a group or feeling connection with others.”

If you have the opportunity to make this world even a little bit better, seize that opportunity. There are so many chances that fly by so many people without their knowledge. We don’t need to be alone. We don’t need to downgrade other people to feel better. We don’t need to put up a front for our peers. We can make our world a better one. We saw the chance and ignored it. But it hasn’t left. It’s still there. We still have the opportunity to create change. We can all emerge victorious but only as a community. Help change our community for the better and hopefully one day the world will be better than how it is today.